To accomplish this project, our company provided two tug-and-barge trains of tug-pusher Mars and barge platform Silver-3004 and a pusher pusher Bars and barge-platform 2033 to a temporary pier in the region of South Kama Perm Territory.

For the implementation of the transportation project, a scheme was developed for placing and securing cargoes taking into account the features of the non-navigable loading place.

For loading and unloading, temporary mooring facilities were additionally built for cargo operations using the RO-RO method and the access road to them.

When carrying out additional work, special equipment was used, as well as a diving survey of loading /unloading sites.

The channel surveys of the Luga and the South rivers were carried out.

The customer for the transportation was SOPiG LLC, Giprokislorod PJSC, Gazprom Invest LLC.

We thank SK MORVENNA LLC for assistance in providing transportation. 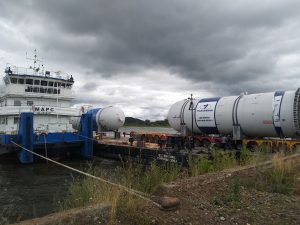 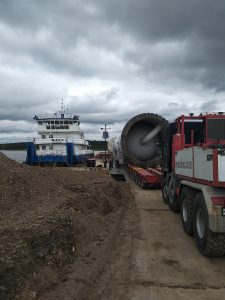 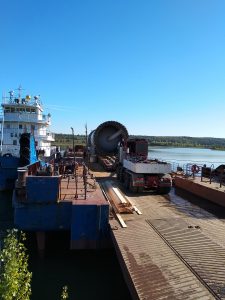 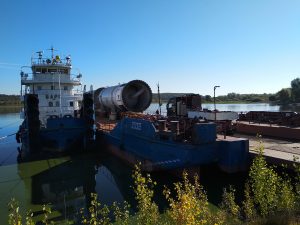 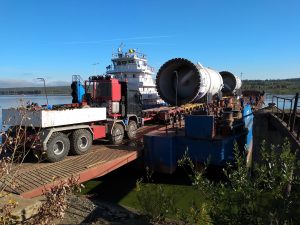 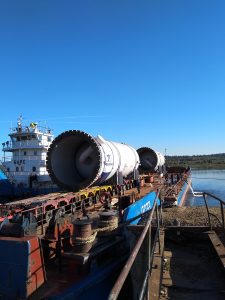 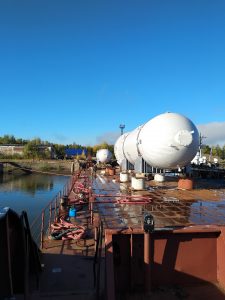 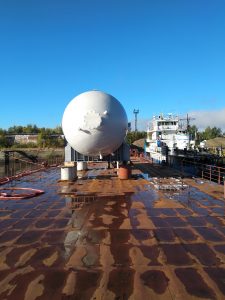 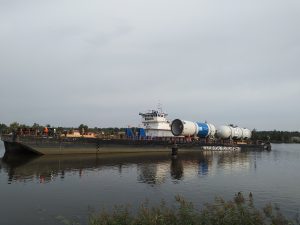 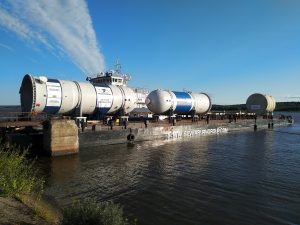 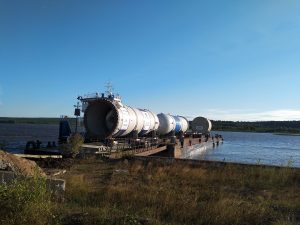 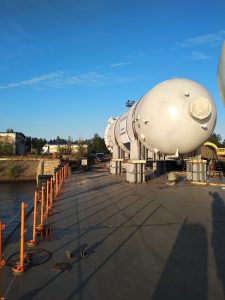 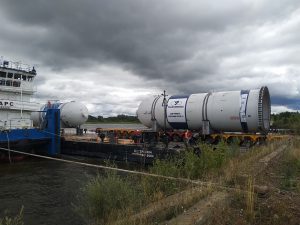 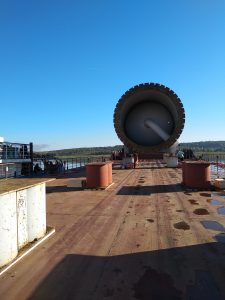